Gluten Free Dining in Bali – Not to Be Missed

In its various stages of growth, wheat fields are a glorious sight…. vibrant green stalks fluttering in the breeze evolving into an earthy straw color as harvest time draws closer. Yet, when most people think about wheat they envision a toasted sandwich with yummy fillings or a plate of steaming pasta smothered in a thick tomato sauce. For these people, it is hard to even imagine a life without wheat or other grains such as barley, a main ingredient of most beers, and rye which is the foundation of popular breads such as pumpernickel. They would ask why even consider giving these up to live a gluten free life. This highlights widespread lack of understanding of the benefits of embarking on a gluten free diet, a choice more and more people are consciously making.

What is a Gluten Free Diet?

To best appreciate what going gluten free involves, you have to understand what gluten is. Generally, it is a protein found in various forms of wheat, barley, rye or grain hybrids. As it aids in holding food together, it can often be found in many kinds of food such as crackers, cookies, cakes, pancakes, sauces, breadcrumbs, croutons, corn flakes and brewer’s yeast. It’s even found in products you would never guess, for example, drugs and over-the-counter medications, vitamins, supplements and even something as seemingly harmless as play dough.

Although it initially sounds daunting to give-up all of this, it is fortunately now easier than ever. Switched on restaurants feature gluten free dishes, stores stock numerous clearly-labeled products and home cooks can take advantage of a myriad of tasty recipes without a touch of gluten.

Why Abstain from Glutens?

An estimated 1 in 100 people worldwide have celiac disease, a serious autoimmune disorder where gluten causes damage to the small intestine. It does not discriminate and can start taking its toll at any time in your lifespan if you are genetically pre-disposed. The only cure is a 100% diet free of any amount of gluten. If it not diagnosed, it almost always leads to serious health consequences.

It is easy to understand why people who realize they have celiac disease, cut out all glutens. Yet an increasing number of people are opting out of consuming all food containing any form of gluten. Is it a fad or a fact? After all, there are so many ways being promoted as a means to a healthier lifestyle, not just giving up your favorite grain-based foods. However, mounting medical evidence indicates that permanently eliminating glutens from your diet can resolve a number of health issues.

This is especially true for those who are gluten sensitive or intolerant, a situation in your gut versus a food allergy as some people think. Conventional medical doctors and alternative medicine practitioners are increasingly correlating
symptoms such as stomach disorders, chronic fatigue, neurological disorders, nutrient deficiencies, anaemia, nausea, skin rashes and depression with diets which with even a small proportion of gluten.

The rise in many health issues is today considered a result of the rapid evolution of agricultural practices and a daily diet consisting of a much higher share of highly processed food.

It is no surprise that many people are sceptical of genetically modified organisms (GMOs) and potent glyphosate pesticides such as Monsanto’s Roundup herbicide. There is widespread concern that farmers are increasingly applying glyphosates just prior to harvesting, thus increasing the risk that they could get into many food products. Furthermore, increasing reliance on processed snacks and meals in today’s western society is contributing to an imbalance in our guts. Although gluten is the glue, many of these scary foods also have an extremely high sugar content that also contributes to many body imbalances.

Virtually everyone is exposed to a much higher degree of environmental toxins and other allergens which are difficult to avoid. These factors have all contributed to some degree to a much higher susceptibility to nurturing intestinal flora which can lead to gluten related illnesses. Sadly many people resort to other alternatives to reduce or eliminate health issues which have gluten as a root cause, when it is simple to just regularly eat cuisine with no traces of gluten.

Benefits of a Gluten-Gone Diet

It is easy to understand why celiac disease carriers convert to such a diet as it clearly minimizes the risk of associated diseases. The arguments for those ranging from no symptoms associated with gluten to those with gluten intolerance are becoming more compelling as personal stories of how health is restored once gluten is removed continue to populate mainstream and social media.

The huge advantage of going ‘gluten gone’ is that there are no negative side effects, except perhaps for the initial cravings for those overly processed food items. Stick with it for a month and judge for yourself.

So what are these seemingly convincing reasons to give up our most cherished dishes?

Your Gut is a Big Beneficiary

Reducing or eliminating gluten, greatly improves digestion. Many people with what is known as Irritable Bowel Syndrome which is associated with diarrhea and abdominal cramping discover that life returns to normal with a change in diet.

On-going inflammation of the large intestines indicates they are not happy with your dietary choices. It can lead to a bulging, bloated waistline and over time malnutrition as nutritional food is expelled as waste rather than nurturing the body as nature intended.

Wake up in the morning feeling ready to tackle the world. Even when eating healthy foods, too much gluten slows the absorption of necessary nutrients, especially iron. As good as coffee tastes, you may never feel the need to get you
moving in the morning if you revolutionize your diet without gluten.

Reduce those Cravings for Fast and Processed Food

Gluten has been found to be addictive which explains why we crave certain foods even though we clearly know they have no nutritional value. Cutting out gluten and being more aware of what is in your food will generate more healthy choices. It will become second nature to avoid fatty and carbohydrate heavy items, and opt for more fruit and vegetable-centric dishes. Meat, poultry, fish and seafood contain no gluten proteins, but beware of the sauces and marinades which often contain gluten. Cheese lovers will be relieved to learn that they are also guilt free.
Selecting dishes free of gluten will come instinctively after several months, and you start to become your new self.

A lesser-known benefit is that it opens up an entirely new universe of delicious ingredients to cook with or eat on their own. Your senses will welcome the new textures, sensations and smells that come with exploration. Quinoa and
buckwheat are the new wheat, so give one a whirl. Even the staple carbohydrate of Asia, rice, is gluten free and there are myriad ways to elevate this simple grain to five-star status.

Shopping has never been so easy with mandatory labelling in most countries and many products proudly claim that they are gluten free. Nowadays there are even healthy snacks produced sans any gluten. 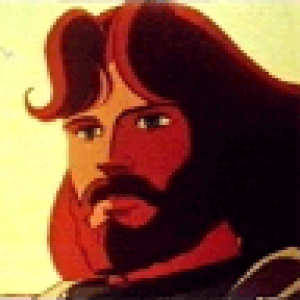